Skip to content
Home » About the trip to the north

About the trip to the north

If you need help planning your trip to the Philippines, I will be happy to help you 🙂

trip to the north of the philippines

We decided to somehow go to the north of the Philippines. Into the mountains. There, where the rice terraces of incredible beauty. We bought tickets Kalibo – Manila – Kalibo and drove off. Accordingly, we were limited to these tickets. Everything else was planned and corrected on the spot according to the “like it or not it” principle. This is exactly why I love traveling!

There are no airports in the mountains and cannot be, therefore everywhere we traveled by bus. At first we decided to go from Manila to Baguio. We read that you need to drive at night to avoid traffic on the roads. By the way, traffic jams in Manila are terrible. Buses to Baguio run very often, almost every half an hour. On the websites of transport companies you can find their schedule and cost.

We arrived at the bus station, immediately took the tickets from the driver and drove off. The bus was good, the road too. The only thing I really didn’t like was that the air conditioners were running at full capacity, and you had to wrap yourself in everything that was. The journey took about 6 hours. Arriving in Baguio early in the morning, we took a taxi and drove to the station where buses leave for Sagada. The taxi driver, as usual, seeing white people, decided to earn as much as possible on them. But it was not there. We live in the Philippines, we know the prices, and our salaries are also Filipino, and not the same as those of white people. In general, we agreed. True, all the way, fortunately, that it is short, listened to a lecture by a taxi driver that, well, what do we need these 50 pesos, but we need to be friends with the locals. We did not pay much attention to him and, moreover, did not enter into controversy. And they were incredibly happy when they got to the place.

And on the spot it turned out that we missed the bus to Sagada, and the next one had to wait about 1.5 hours. We wandered into some local dining room, in which we, two blondes sitting there at 5 in the morning, were looked at with great interest. They waited for our bus, and when they saw it, they were not at all happy – old, battered transport, which, oddly enough, can still drive.

The road to Sagada was terrible: about 8 hours on serpentine on leatherette seats and without handrails. All these 8 hours we just rolled from side to side. Considering that we have already spent a lot of time on the road, we periodically switched off, but this did not really save us. And outside the window was beauty – mountain villages, rice terraces at a height of about one and a half kilometers. By the way, not only rice is grown there, but also a lot of other things.

At one point, we stopped and everyone started getting off the bus. It turned out that there had been a minor accident on this serpentine, and the colliding cars blocked the entire road. Fortunately, we did not stay long, and our rides on the bus continued. All this way we remembered our friend who recommended us to go to the north. They remembered with an unkind word and prayed that all our suffering would not be in vain. And they didn’t show up. 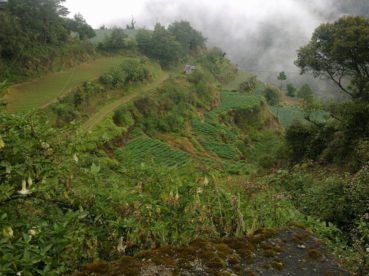 We arrived in Sagada at noon and went to look for accommodation. It was not difficult at all – the village is small, cozy, almost every house can be accommodated for only 250 pesos per person per night. Naturally, without breakfast and with a shower on the floor. The houses are small, for the most part nice and clean, so it’s a pleasure to stay there.

In general, Sagada is famous for the fact that there some people are buried in the cemetery, and some are put in a coffin, which is hung on the rocks. These hanging coffins can be found there in several places. The main thing is to be able to notice them. But you can see not only them there. There are also caves connected by an underground tunnel, lakes, mountains, an underground river. As usual, there are a lot of local guides offering to take you to all these places. Prices for such trips are low. We went by ourselves. Not so much because they wanted to save money, but because local guides are not guides at all, but simply guides. They hardly speak English, so they won’t tell you much. So we decided to go everywhere on our own.

I also want to note that food in Sagada is amazing. We felt like we were staying with relatives in the village – homemade yoghurts, real pancakes, not pancakes, strawberries, delicious vegetables. And this mountainous province has its own mountain tea and its own wine.. Also worth a try. Worth every penny compared to Boracay.

We spent 5 days there and didn’t want to leave at all. Amazing food, friendly people, mountain air and pine trees. The feeling that you are not in the Philippines at all. But we had to leave, because under the program we had several more places in the mountainous province of the Philippines.

By the way, immediately upon arrival in Sagada, you can go to the tourist center (it is located a stone’s throw from the place where the bus from Baguio arrives, and all other buses) and take the schedule of all transport (jeepneys, buses) that run in this area. Just don’t rely on it too much – the Filipinos have their own schedule. Almost all buses and jeepneys run until noon. If you decide to take the last bus, come half an hour, or even better an hour, because it is quite possible that this last bus will leave earlier, and you will not go anywhere. So it was with us. But we didn’t mind staying in Sagada, so we didn’t get too upset. 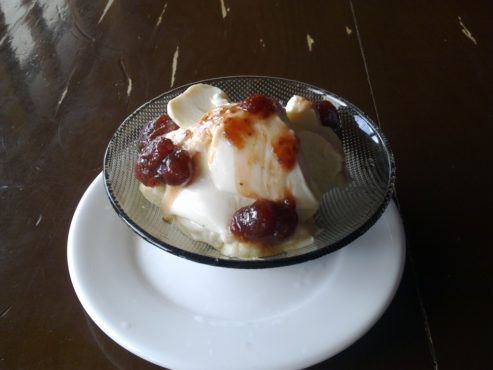 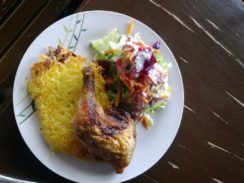 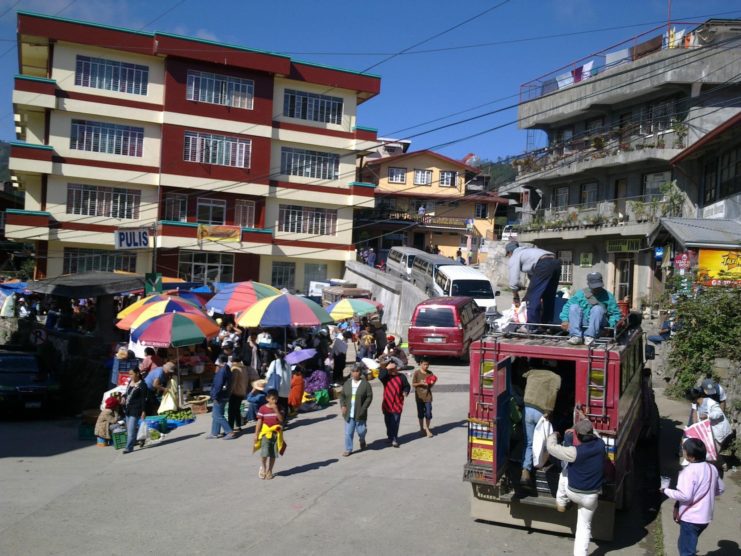 In general, the standard route for traveling in a mountainous province is as follows: Baguio – Sagada – Bontoc – Banaue – Batad. Throughout this route, we met the same people, and sometimes acquaintances from Boracay, which was especially funny. From Sagada we took a jeepney to Bontoc.

My advice: always sit on the roof of the jeepney. The views are amazing, inside the jeepney the sensations are not at all the same.

The road from Sagada to Bontoc takes about 1 hour. Upon arrival in Bontoc, we decided not to stop there, but to go straight to Banaue. Again on the jeepney, again on the roof. It was this segment of our entire trip that was the most picturesque. It is useless to describe it, you have to experience it for yourself. Serpentine at an altitude of about 2 thousand meters, around the incredible beauty of rice terraces, waterfalls, and you watch all this from the roof of a jeepney. Unforgettably! 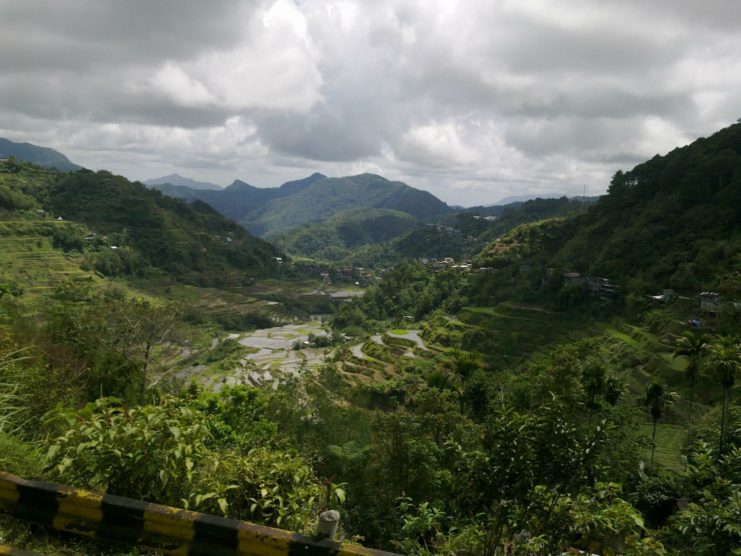 But we did not like Banaue himself. In such a city, you can shoot horror films – creepy buildings, unpleasant people, red spots everywhere on the roads. The fact is that the local population almost does not smoke. Instead, they chew narcotic weed that rots their teeth and makes their lips blood red. And then they all spit it out. Thus, all roads are covered with red, as if bloody, spots. The food and accommodation is also not that good, and the prices for everything are 1.5-2 times more. If you have enough time, you can stay for one or two nights. There are hot springs not far from Banaue, which you will have time to visit in this case. 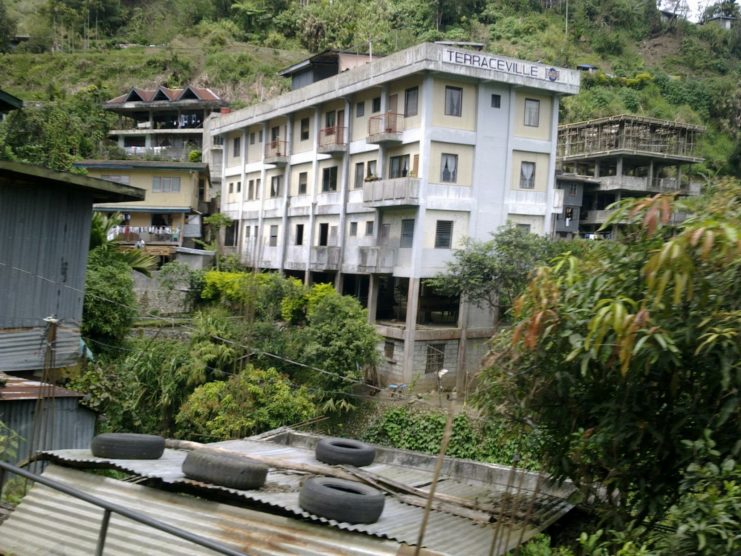 If there is no time, then better go straight to Batad and stay overnight there. You can get to Batada two ways: take a tricycle, but then you will have to walk halfway (about 1.5 hours uphill, and then 40 minutes downhill) and also return to the tricycle, or go all the way in a jeepney. In any case, you will only be taken to a certain place on top of the mountain, and Batad itself is located in the gorge. There is no road there, so you have to first go down the path, and then go up it. But believe me, it’s worth it. From Batad you can also go to the waterfalls. Unfortunately, we didn’t have enough time to visit them.

We admired the beauty of the rice terraces, had a bite to eat and drove back to Banaue. Still, it is worth saying that the rice terraces in Banaue are very beautiful.. Probably the only thing we liked there.

From Banaue you can drive directly to Manila. The journey takes 10 hours. Buses run 2 times a day, both in the evening. Tickets must be bought in advance, otherwise there may not be places later. It is best to buy tickets back immediately upon arrival in Banaue. The buses are not as terrible as on the Baguio-Sagada route, but still leave a lot to be desired. Drivers make a couple of stops along the way.

At one of these stops, half of the people got off our bus, and the driver took it and left without saying anything to anyone, with the rest of the passengers. And we stood, about 20 people, not understanding where at 4 o’clock in the morning, and wondered where our bus was and when it would come for us. But this is quite a normal situation for the Philippines, so no one was nervous. Everyone was just having fun. The bus arrived about 20 minutes later, and we drove on.

We arrived in Manila at night, took a taxi (taxi drivers like to make money on tourists tired after a long journey) and went to a pre-booked hostel. And the next day we flew to Kalibo, and from there to Boracay. Tired after all these moves and wanderings, but satisfied and with a lot of impressions.

Luxury Travel Tips
Spanish Crimea and childish romance
People ask me where I like to relax in September.
0 52 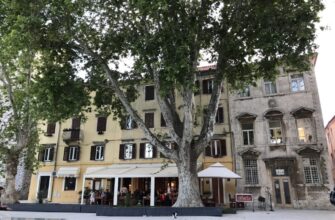 Travel Tips
City of Zadar: where to stay and what to see in 1 day
The city of Zadar was supposed to be the final destination
0 57 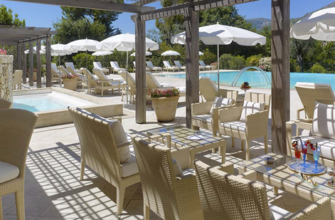 Luxury Travel Tips
The best French hotels on the “Road of the Sun”. Rating from LuxuryTravelBlog.Ru. Part 4: Provence Riviera. Delicious, nice, good
Today I will finish talking about Provence, and in
0 51 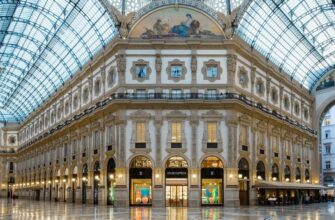 Travel Tips
Milan. What to see in 1 day
A small overview of what you can see in Milan in 1
0 63
You may also like 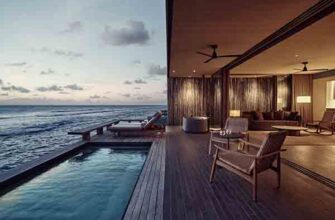 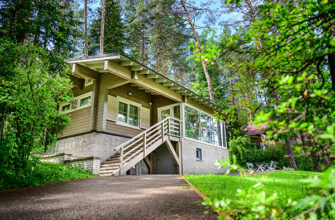 Mountain park-hotel Teneri on the banks of the Katun
To be honest, this time I did not try to settle in
051 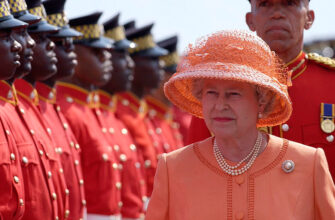 10 of Elizabeth’s Most Impressive Royal Tours That Made History
Elizabeth II in Jamaica, February 18, 2002 During her
065 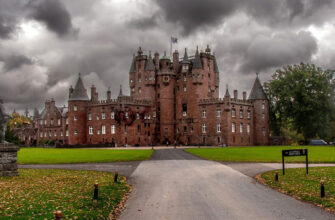 Haunted House: 6 of Britain’s Most Mystical Castles
Tower The Tower is a haunt of ghosts So many famous
073 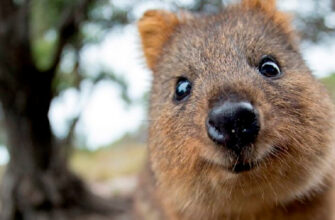 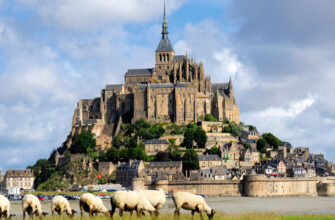 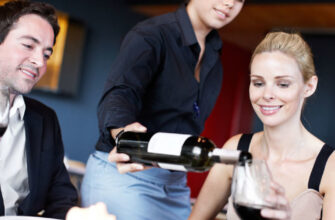 Tipping culture in the world: how much does gratitude cost?
Last summer, I worked as a guide, taking foreign tourists
060